Some years ago the emphasis in ulcerative colitis and Crohn’s disease research was in the area of biologics for severe disease, which otherwise might have required urgent surgery. Many New Zealanders participated in a variety of clinical trials being run around the country on behalf of pharmaceutical companies. Most of these volunteers will have gained benefit from the treatments being trialled, and at the same time have brought benefit to many who have subsequently developed severe disease, through contributing to the evidence that ultimately saw some biologic therapies become available in NZ.

Today the search for better biologic therapies for those with severe disease continues, and a variety of clinical trials in this area are being conducted around the country usually within hospital gastroenterology departments. Those with severe disease will likely be made aware of these options because they are so often being cared for within public hospital departments.

However, there is also becoming an emphasis on the development of new and better treatments to control mild to moderate disease. This is the much more common problem, where reliance has developed on the use of systemic immune-modulators (eg Azathioprine, 6MP etc) and repeated use of high dose steroids.  While generally effective, this approach is less than ideal. New options are being explored involving the use of oral, non-absorbed medications, which deliver surface acting immune-modulating molecules, aimed at avoiding the generalised effect of the currently used immune-modulators and high dose steroids. There is also a developing interest in the role of gut bacteria in the underlying mechanisms of many immune mediated diseases, including ulcerative colitis, seeking to alter the gut bacteria (or microbiota, as it is called), with the intention of reducing inflammation. Initially these attempts were crude and involved the use of probiotics, which at best are unpredictable and therefore unreliable. The next step was the use of faecal transplants in which stool containing unspecified bacteria from healthy individuals is introduced into the colon of patients usually at colonoscopy. This approach too has been both unreliable and rather unappealing. The current and latest approach is to develop capsules containing spores of specially cultured bacterial species, which are known to be deficient in patients with ulcerative colitis, and which have a putative role in enhancing protective mechanisms in the gut lining. Trials of these new preparations are now being conducted around the world for the less severe forms of the disease. These new approaches to improving control in those with the less severe forms of the disease are beginning to yield promising results and should be appealing to many individuals.

Opportunities to participate in such clinical trials exist in a number of public hospital and private research sites around the country for those with poorly controlled disease of all severities. Participation in these trials may lead to benefit for both the participants and others in the future. If you wish to be included in one of these trials, do keep your eyes and ears open for where such trials are being run, including on the Crohn’s & Colitis NZ website ‘Current Research‘ page.

Type 2 Diabetes And Your Kidneys 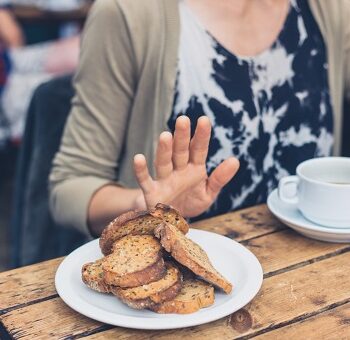