Inflammatory skin diseases such as eczema and psoriasis are common in New Zealand, and are often difficult to manage because most available treatments involve the regular use of creams and ointments.  These suppress acute flare-ups but don’t treat the underlying problem. These life-long conditions have no cure and can cause discomfort and embarrassment.  There is a need to develop better treatments for these conditions: P3 Research will be running several trials of promising new medicines in the coming year.

Eczema, otherwise known as Atopic Dermatitis, is caused by abnormalities in the skin’s barrier function.  This leads to persistent dryness, associated with inflammation triggered by a wide range of potential irritants, including soap, chemicals and environmental or food allergens.  It can also be affected by a person’s emotional state, other health problems, or even the weather.  There are numerous different types of eczema or dermatitis, but the most common, atopic dermatitis, is genetic and often runs in families alongside other allergic conditions such as asthma and hayfever.

Eczema can be acute, where skin becomes red, itchy or sore, or it can be chronic, where dry skin becomes thickened and darker, often from damage caused by repeated scratching.  People can have both at the same time, and almost any part of the skin can be affected.  The most commonly affected sites are the face, hands, arms and legs.  Eczema commonly begins in young childhood, but luckily most people outgrow it by adulthood, leaving a minority for whom it can be a lifelong condition.

Treatment involves the regular use of moisturisers (emollients) and steroid creams or ointments. Pimecrolimus (Elidel) is a non-steroid cream but is not funded in NZ.  Anti-histamine tablets can help control itchiness.  In severe cases, strong immune-suppressants such as oral steroids or methotrexate may be used, under the supervision of a dermatologist.

New treatments being developed for eczema target the underlying inflammation in the skin, either in a cream or as an injectable treatment.

Psoriasis is a chronic condition causing raised plaques of thickened, red, scaly skin, but it can also affect the scalp, nails and even joints.  Plaques can come and go, but may leave permanent pigmented patches on affected areas of the skin, most commonly affecting the elbows and knees.  Psoriasis is less common than eczema, affecting about 3% of people in New Zealand.  It can begin at any age, most commonly in young adulthood.  Like eczema, psoriasis often runs in families as the underlying abnormality is genetic.  There are several different types of psoriasis, which behave differently, but plaque psoriasis is the most common.

Topical treatment options for psoriasis include moisturisers, coal tar and salicylic acid preparations, steroid creams, and calcipotriol (Daivonex) cream or ointment, which can all be prescribed by a GP. More severe cases are managed by a dermatologist, who can prescribe phototherapy (light treatment) or oral immunosuppressive medicines.  Patients who have joint involvement may also be under the care of a rheumatologist.  The newest treatments, called ‘biologics’, are injectable medicines, specifically designed to target the inflammatory process, such as infliximab (Remicade), adalimumab (Humira) and etanercept (Enbrel).  These can be very effective but are expensive so access is limited to patients with the most severe disease.  A trial of an oral medication which targets the same inflammatory processes but without suppressing the immune system is due to start in New Zealand soon, and future alternative biologic therapies are also being developed.

What is Chronic Sinusitis? 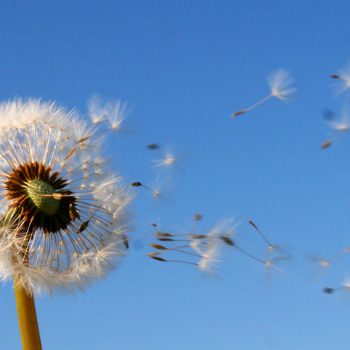